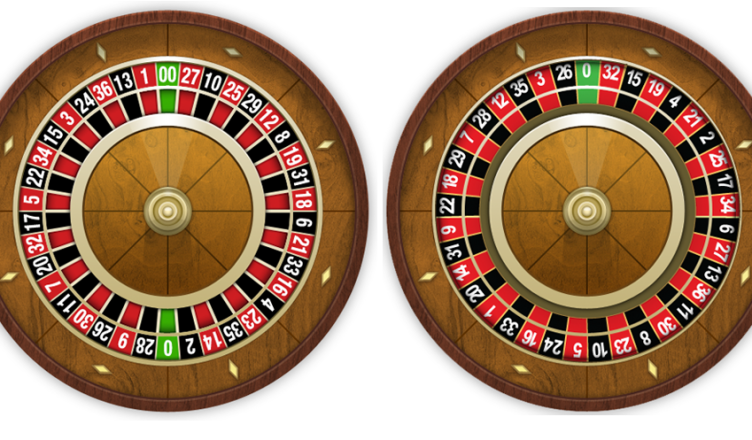 Who doesn’t love roulette? As far as classic casino games go, it is one of the most popular in the world, alongside blackjack and baccarat. Why wouldn’t it be? Basically anyone can step up, start playing immediately, and have fun. For those who want to be better, there are strategy guides and betting nuances. Or for those who just like to face off against lady luck, there is the option of simply dumping it all on a lucky number, and hoping.

But assuming you’re playing roulette to try and walk away with more money than when you arrived, which of course you are, is there anything you should know? Yes. There are two types of roulette wheel; an American version, and a European version. As it turns out, you should always play on one rather than the other. In fact; playing on the other is putting yourself at a serious disadvantage.

These are the differences between the American and European roulette wheels.

Be you playing in an average brick and mortar casino, at a mobile casino Malaysia, or anywhere else, you will normally be given the choice between an American or European roulette wheel. At a quick glance, they may even seem to be identical. But the simple truth is that they aren’t. The American version has an extra pocket; the double zero, and it makes a huge difference.

The zero and double zero pockets represent the house edge. You can only win with these pocket if you specifically bet on them, since they are not included in any other group bets. But to put it another way; they are virtually always a loss when hit.

The big difference to note is that on the American wheel the game has evolved and there is an extra pocket; a single zero and a double zero. While the European version only has the single zero. To put it simply; the two zero pockets means a higher house edge, which is worse for you.

To be more specific, the American version has 1 in 38 odds that you will win with a lucky number bet. Because there are 38 pockets. The payouts for winning are 35 to 1. Or; you are paid out 35 times your original bet.

The European wheel pays out the same at 35 to 1, but the odds are better at 1 in 37. Another way to look at it is that the house edge is 2.7% to 5.26%, which puts the difference into much more easily understood contrast.

Bizarrely, there are some that say the differences are negligible at best. But taking this stance is fundamentally misunderstanding just how important odds are in games of chance.

So if it wasn’t already obvious, if playing roulette you should always insist on a European wheel. Playing on an American wheel is nothing more than hating money. Don’t worry, if you happen to be American, we promise that no one will care if you decide to play on the other wheel. If they do mind, they are clearly very bad at gambling.